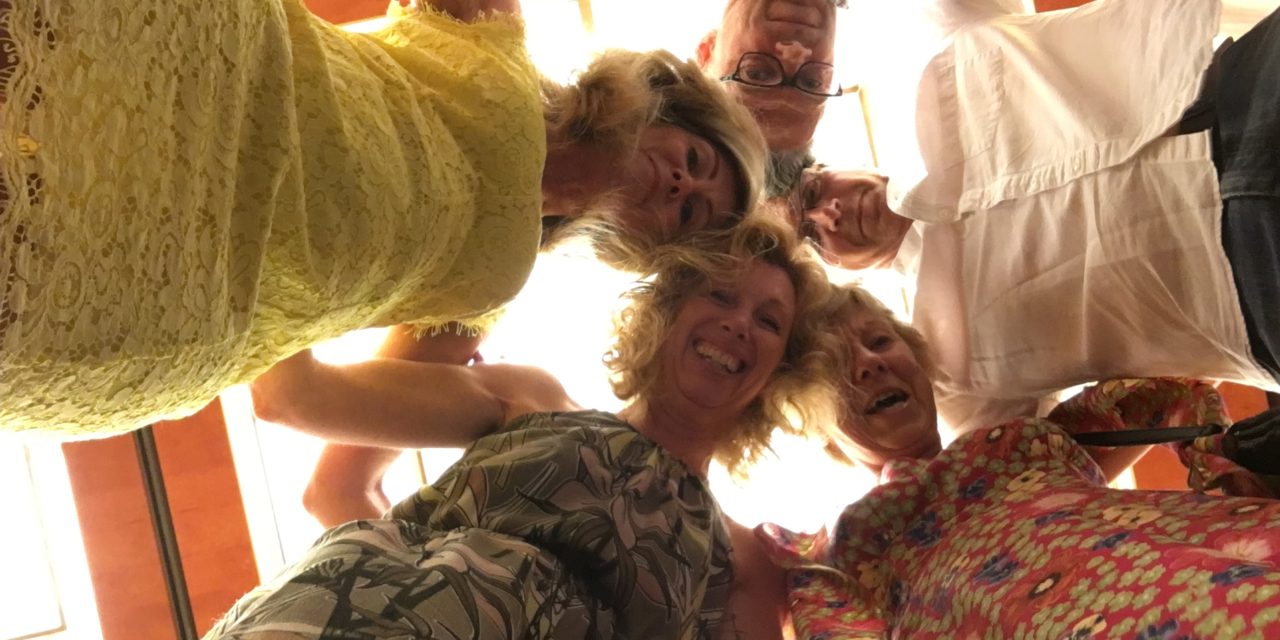 Featuring Ali, Chris & Clare aboard the Norwegian Star
Day 1 – Sunday 14th May 2017
Picked up early by Ali & Chris, although cut it quite fine for the plane. At Venice we had a taxi ride with an aggressive driving Italian, ship a slightly smaller version of the Jade. Set sail around 18:00 hours. Nice food, very tired, sleep!

Day 2
Kotor
Clare’s got “squeaky draws”!
Beautiful sail into Kotor, Med version of the fjords. Arrived late and headed straight for the 1300 steps up to the top of the mountain, Girls decided to give it a miss as it was very rocky and slippery so myself and Chris carried onto the top. Extremely picturesque all the way to the top, hard work though as it was very warm, Kotor itself was very nice. Evening meal was superb. 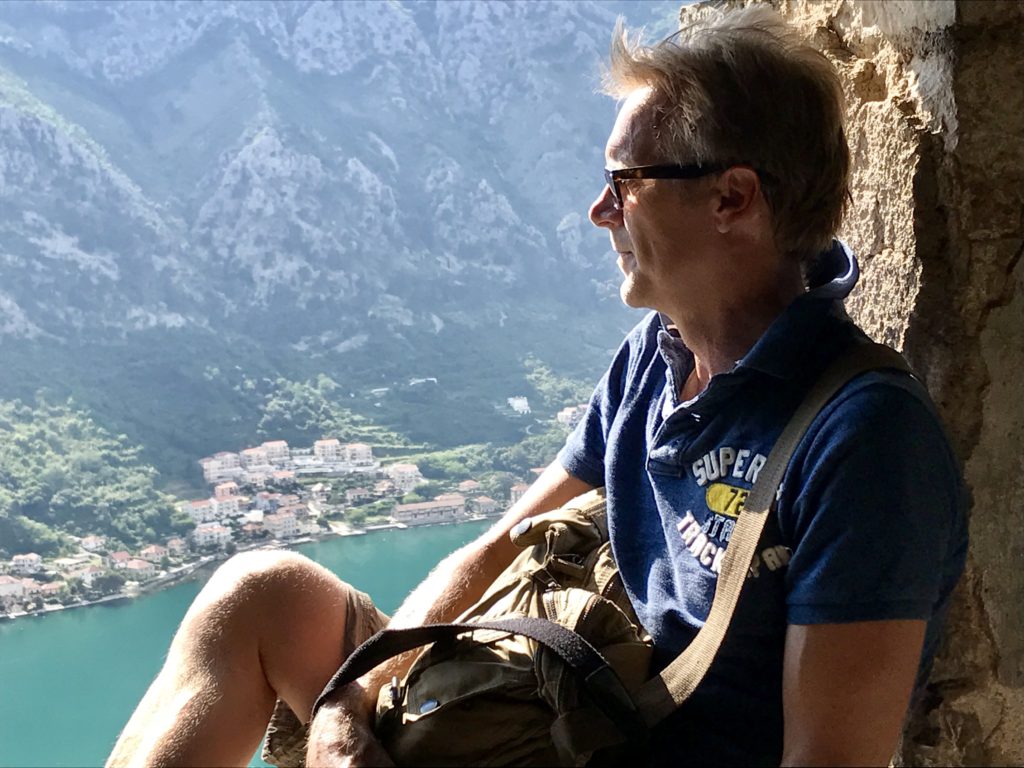 Day 3
Corfu
Got off the ship at 11:00 ish, to a cloudy start which quickly turned into rain which was quite heavy, sheltered a few times before making it to the Old Town, just on okay trip around the town, myself and Clare went up to the lighthouse while the others stayed around the shops.
Back to the ship around 15:00, chilled out.
Meal at Ginko the Asian food which was very tasty. Also went to see the Las Vegas show which was actually very good, followed by cocktail night caps.

Day 4
Santorini
Chill out in the morning in the warm sunshine, tender to shore around 14:00. Once at the port there were long queues for the cable car so we opted for a boat trip to Oia, once at this port it was a small trek up to the village up the small stepped paths shared with the donkeys. Oia was extremely pretty and one of those places you can just wander around for days.
Got the bus to Fira and a wander around, again very pretty. Walked down the 600 plus steps down to the port. Tender back to the ship, nice meal at Aqua plus quite a few drinks, met Gavin & Stacy from Cardiff, the ladies drinking Sambuka suffered a bit with the windies following bouts of extreme giggles on the way back to the rooms. 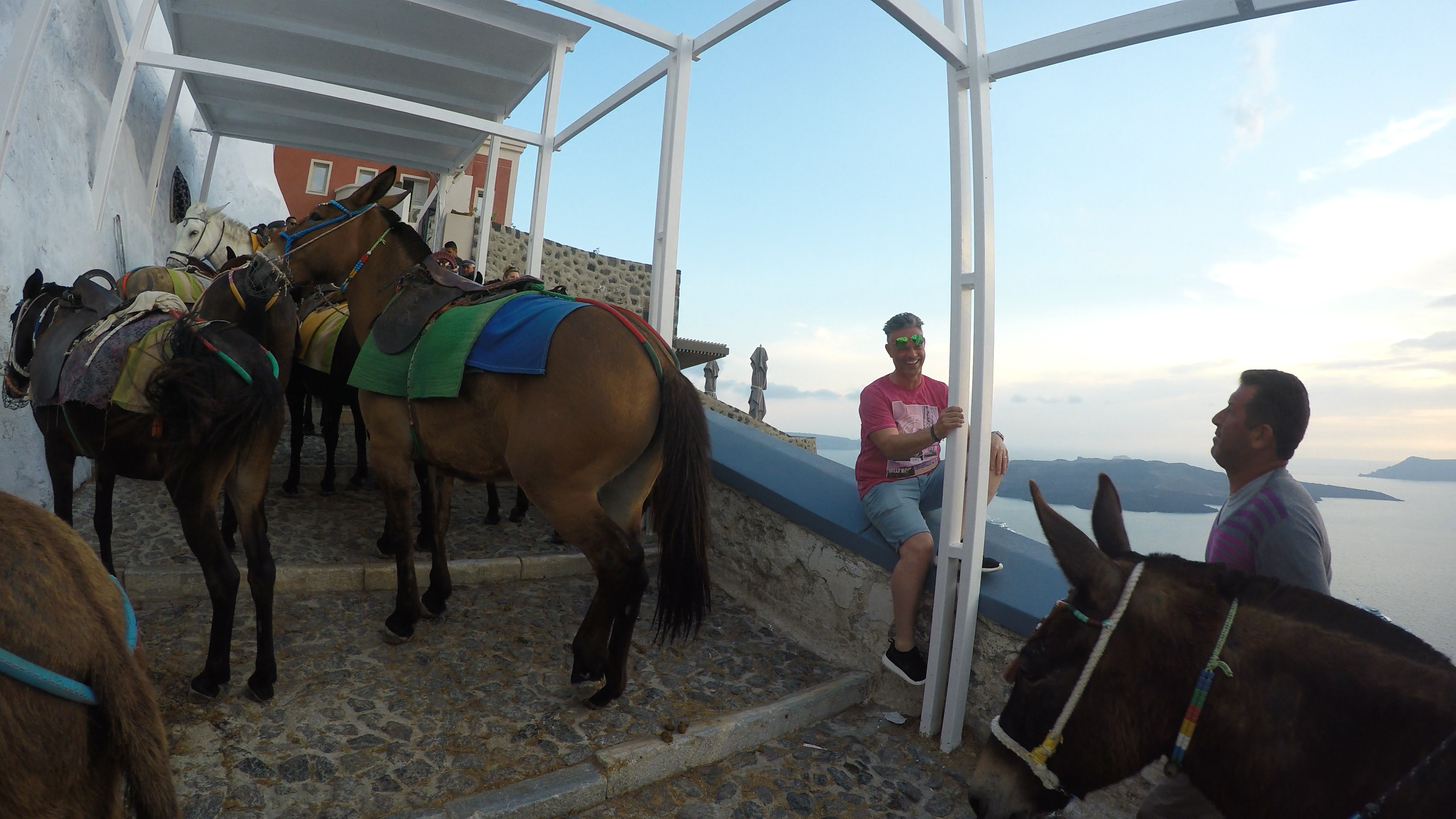 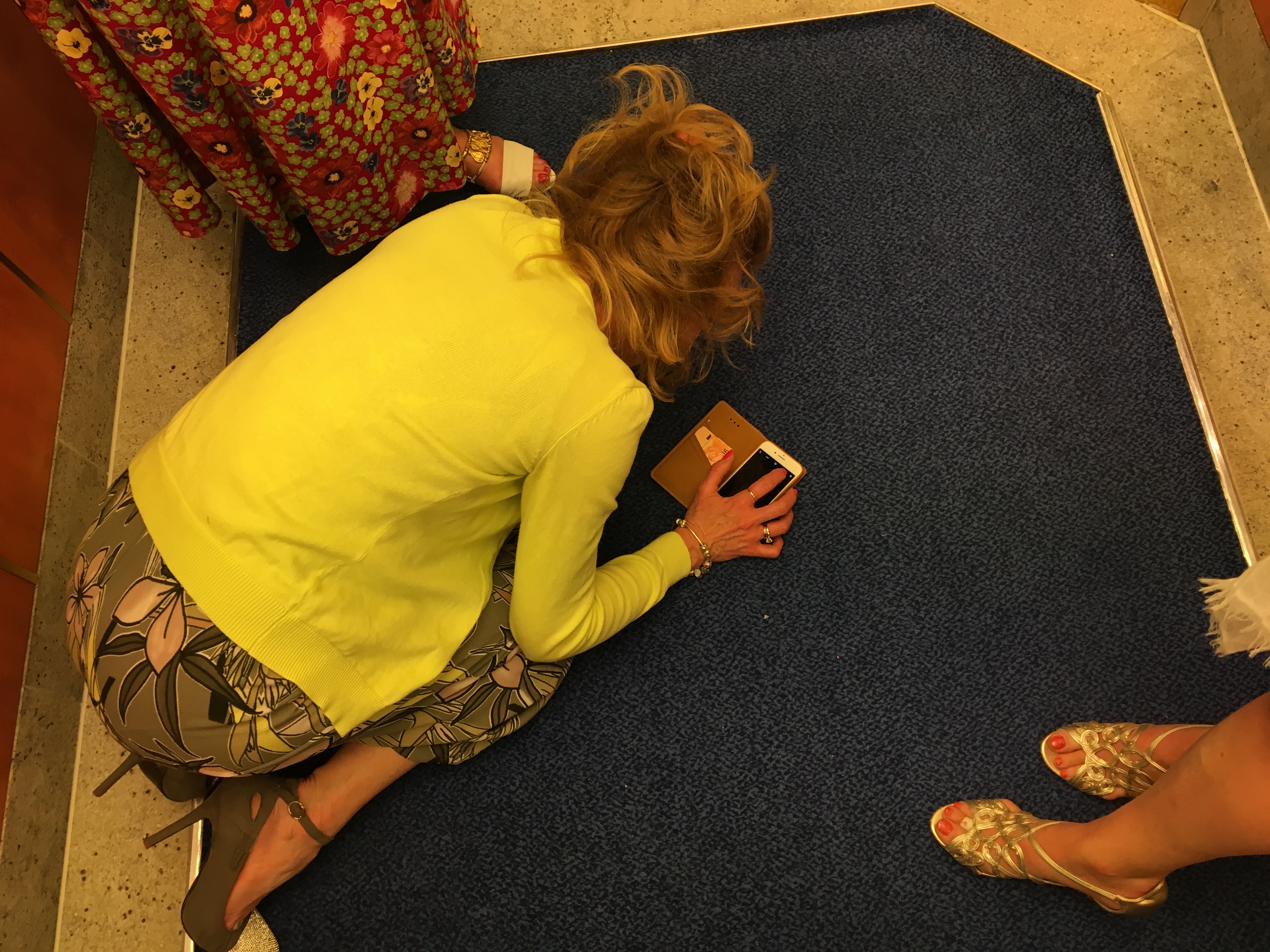 Day 5
Mykonos
Warm day, off the ship by tender at around 11am. Very pretty seaside town with lots of tavernas, winding streets with shops, churches and windmills. Stopped at a taverna overlooking the port for lunch before boarding the ship. Sunbathe on deck, set sail around 16:00. Meal at Aqua which was okay, boogie at the white night disco.

Day 6
At sea.
Sunbathing, table tennis (myself knocked out in the first round, Clare second round)and more sunbathing. Drama in the evening as a passenger had to be transferred to shore due to illness, all done at sea. Dinner at Ginko, amazing show with the acrobatic duo plus fun and frolics at the dance party.

Day 7
Anniversary day
Dubrovnik
Up at 6am and off the ship by 7:15am, taxi into the old town. Weather really nice and the town was deserted. Myself, Gilly and Clare did the City Walls trip(expensive) while Ali & Chris meandered. Dubrovnik is a lovely place and soon became very busy. Walk back to the ship, followed by food and chilling out in the sun.
Went along to the early show which was a modern take on a classic Paris theme, very entertaining indeed.
Meal in Versailles where all the staff sang happy anniversary!

Day 8
Venice – final day on ship.
Taxi over to Mestre to check in to the 3* hotel Aaron. Popped into Venice for a quick wander, lunch by the Grand Canal – Chris ordered a pizza with potatoes which was basically a pizza with fries on the top – weird! Back to the hotel for a freshen up and then back in, nice but expensive fish meal right by the Rialto Bridge. Lots of shops were closed which made for a quicker trip back to the hotel! 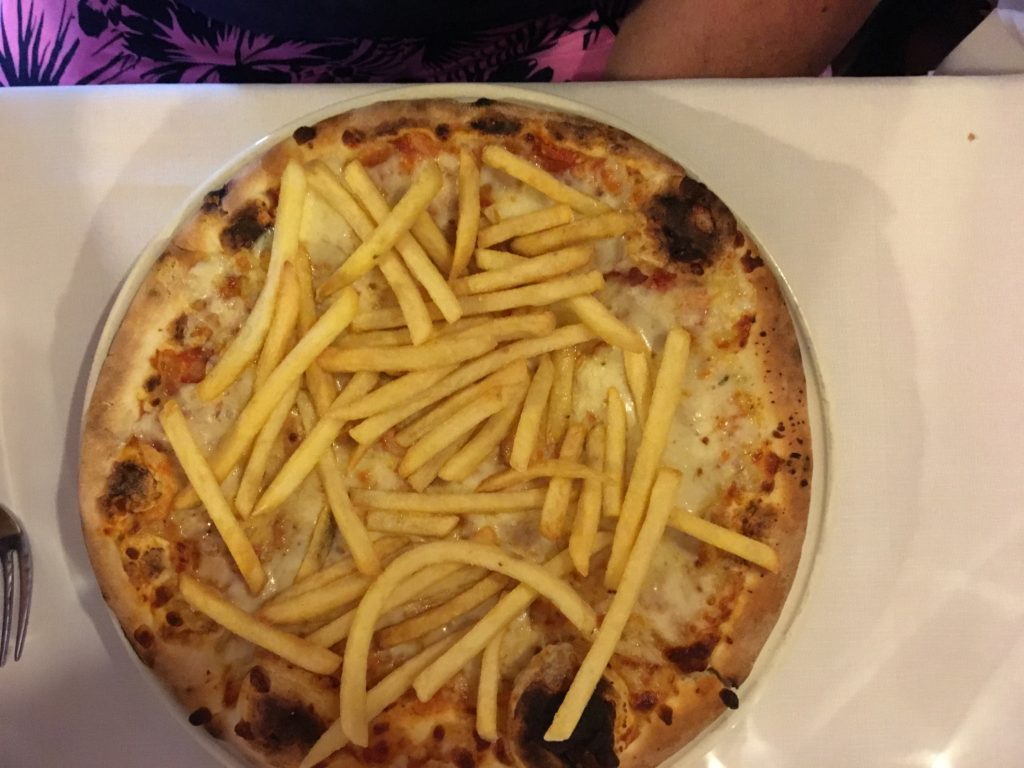 Day 9
Venice – final day
Checked out but left the luggage back at the hotel, bus into Venice. Another warm, sunny day and all the shops were open. Lots of wandering, shopping and cafe stops! Taxi from the hotel at 7pm to Marco Polo airport which has probably the best fast food in the world, fresh pizzas, cakes etc.
Amazing holiday, superb weather for the majority, nice food, drink and entertainment. Plus the different locations made for a pretty perfect holiday. 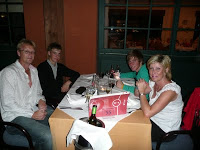